It was a summer Sunday, July 17, 1988. The sun was shining after a long week of pouring rain and more than 55,000 pilgrims, believers and admirers of Giovanni Paolo II gathered at the foot of the Sanctuary of Pietralba to celebrate the arrival of the Holy Father, still an indelible memory in the history of this place.

A visit that seems to have been announced by the Pope himself the year before on the occasion of the meeting with the new bishop Wilhelm Egger. He had always been a mountain lover and expert skier, and in congratulating him on his important appointment had said: “You must be a very lucky bishop: you have a diocese with such beautiful mountains”. It was truly a promise.

In mid-April 1988, Bishop Wilhelm announced the arrival of Giovanni Paolo II in South Tyrol at a press conference. An important organizational machine coordinated all of the operations necessary to structure the great event: the police, fire brigade, and forestry were involved, as well as associations with over a thousand volunteers and, of course, the relevant institutions, first and foremost the municipality of Nova Ponente. The role of secretariat and support was entrusted to the Pilgrimage Office, under the coordination of Vicar General Michaeler. 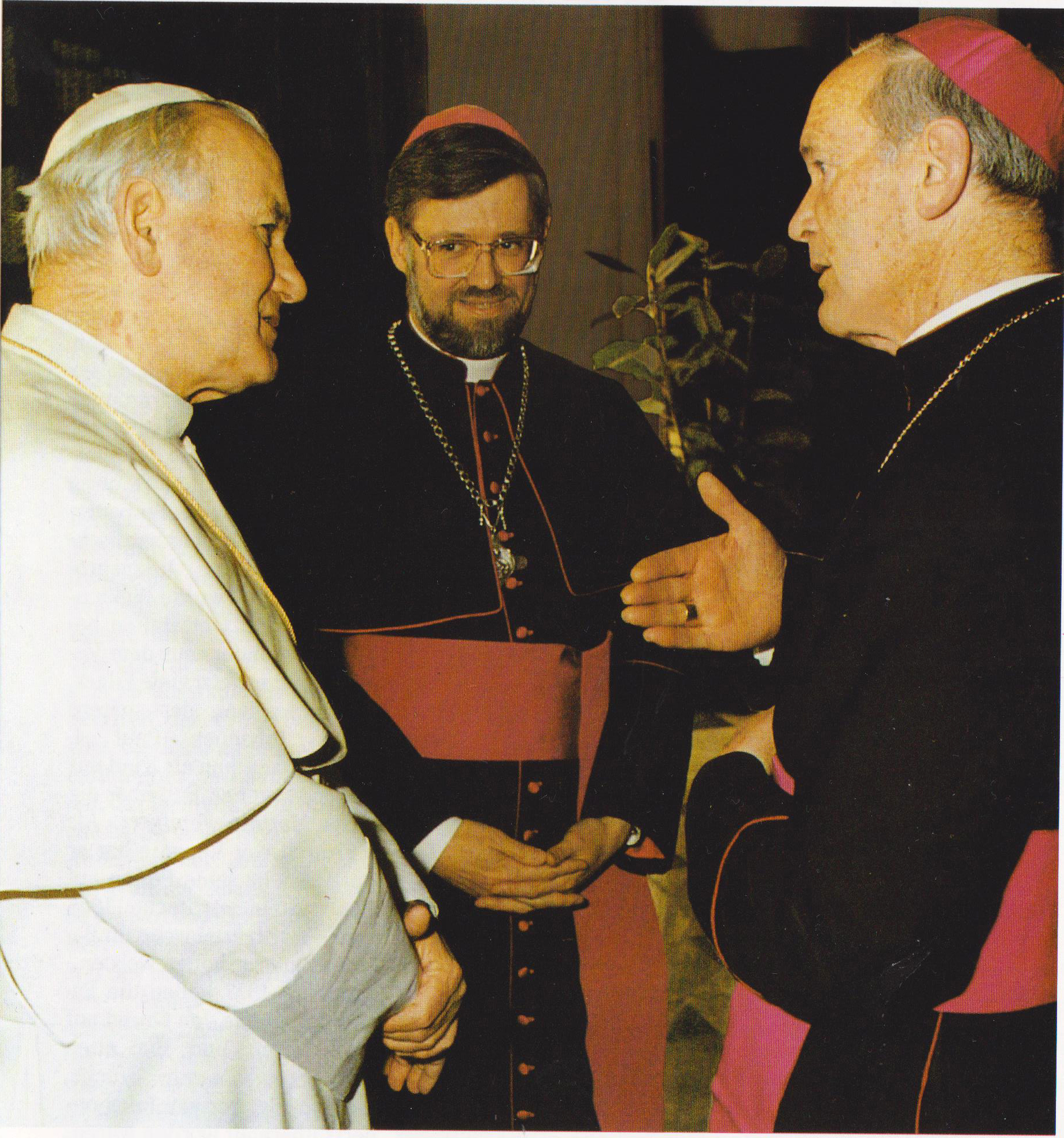 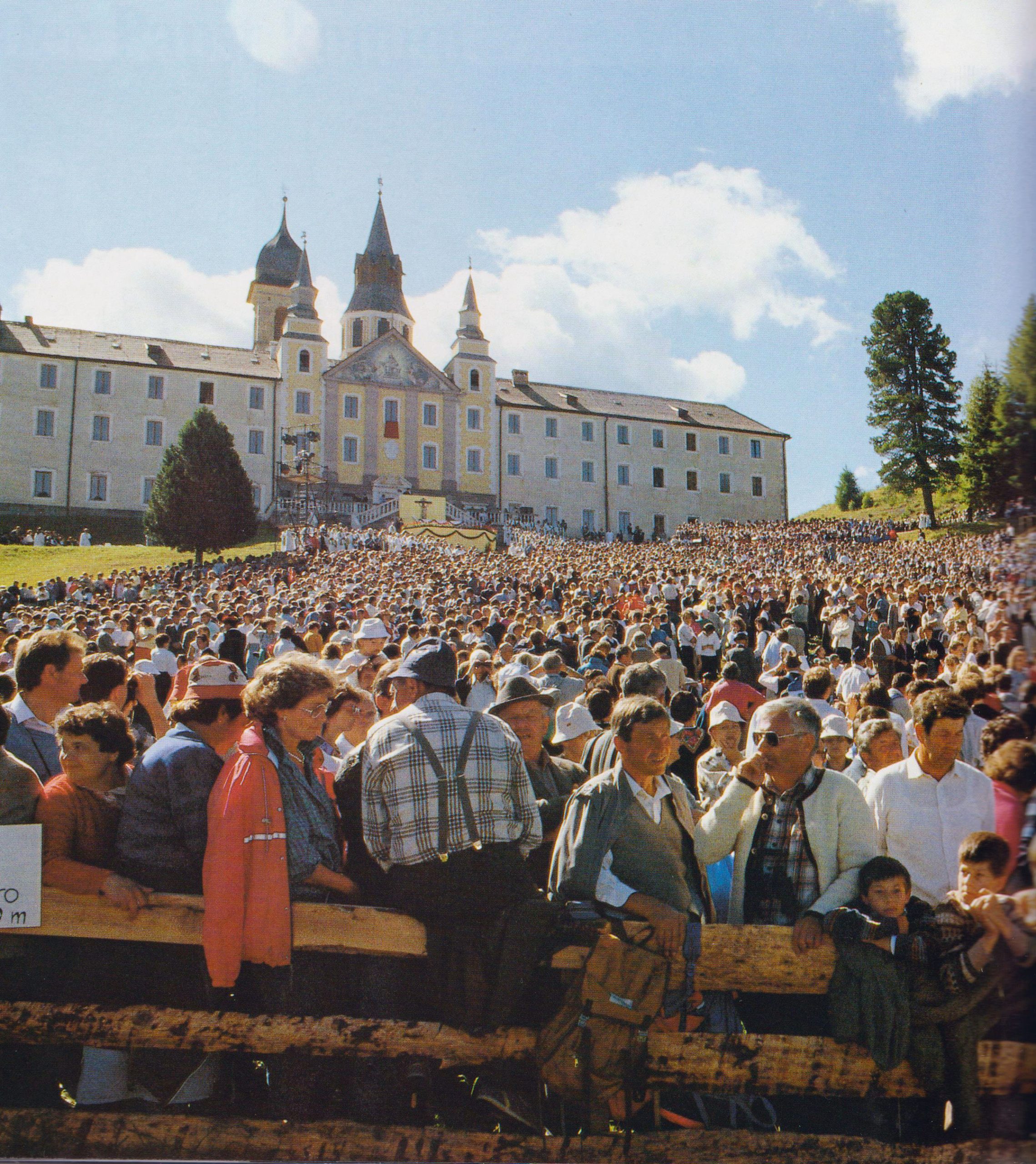 The operation was demanding but perfectly coordinated, right from the restoration of the roads and access routes that had suffered landslides and mudslides due to bad weather. The faithful flocked with all possible means: cars and organized buses, but also many pilgrims from Laives, Aldino, Ora, Nova Ponente, with a group even arriving from Val Gardena through the mountains. The first pilgrims arrived at 4 a.m., but some even spent the night before to secure a front row seat. Before 8 a.m. the road up from Ora was already completely blocked to traffic.

The Pope arrived by helicopter at 9.50 a.m., landing on the lawn behind the Sanctuary, in front of the Corno Bianco. In addition to Bishop Egger, the president of the Province of Bolzano Silvius Magnago, the government commissioner Mario Urzì and the prior of the Servants of Mary, Father Emilio Maria Bedont, awaited him. Beyond the barriers, thousands of faithful waited for a sign of greeting from the Holy Father.

Amidst the applause of the people and the flags of welcome, Giovanni Paolo II reached the place of celebration by popemobile while the bell towers of the Sanctuary and the surrounding churches rang out in celebration.

On the access stairs to the church a stage was set up for the celebration of the mass, which took place in the presence of 190 priests, including the cardinal of Venice, Marco Cè; the bishops of Trento, Sartori and Gottardi; those of Bolzano, Egger, Gargitter and Forer; and of Inssbruch, Stecher; as well as numerous local and regional authorities. The ceremony was broadcast live on TV and over 35,000 communions were distributed. After the initial greeting of deep thanksgiving by Bishop Wilhelm, the Holy Father’s sermon followed, dedicated to the family and to the faith journey of the young Mary, mother of Jesus.

“At the conclusion of this pilgrimage to the Marian Shrine of Pietralba,” the Pope continued, “let us recite the prayer of the ‘Angelus Domini,’ a prayer at once traditional and familiar, to which the sound of the bells of your parishes, which echo from valley to valley, invites you every day. The “Angelus Domini” is one of the most beautiful and complete prayers of devotion to Mary: in fact, in it we contemplate God’s plan of salvation and his merciful love for the whole of creation, a plan which was fulfilled in Mary’s choice to become the Mother of the Redeemer”.*
Afterwards the Pope dined in the dining room of the convent, in the company of the bishops, representatives of the organizing committee, the Servants and his entourage. Among the culinary proposals offered to the Holy Father, the typical dishes of the Tyrolean tradition, including Milzschnitter soup, dumplings with game ragout and apple strudel, accompanied by good wine. During the convivial moment Giovanni Paolo II praised the Tyrolean cuisine, appreciating in particular the dumplings.
At the end of the fraternal agape, the Holy Father pronounced these brief expressions of greeting.
“There are so many Marian Shrines, how to visit them all! One stops then, at those that present themselves. Then, next to the Marian Shrines there are also the religious congregations, the orders with the characteristic of Marian origin, and among these there are you Servants of Mary, of Florentine origin. I am so happy to be able to make an act of Marian pilgrimage also in this sense: to visit, that is, a religious environment of Marian origin and Marian characteristics. For this, I thank you cordially. I thank you for the hospitality offered to us in this refectory. I feel very happy to be here, in this diocese, among the German-speaking and Italian-speaking population, among the Bishops from this area and from neighboring areas, always under the gaze of the Serenissima. We know very well that the Serenissima is Venice and its hinterland came here. So I feel well protected by the Virgin, by the Servites, by Bolzano and by the Serenissima. 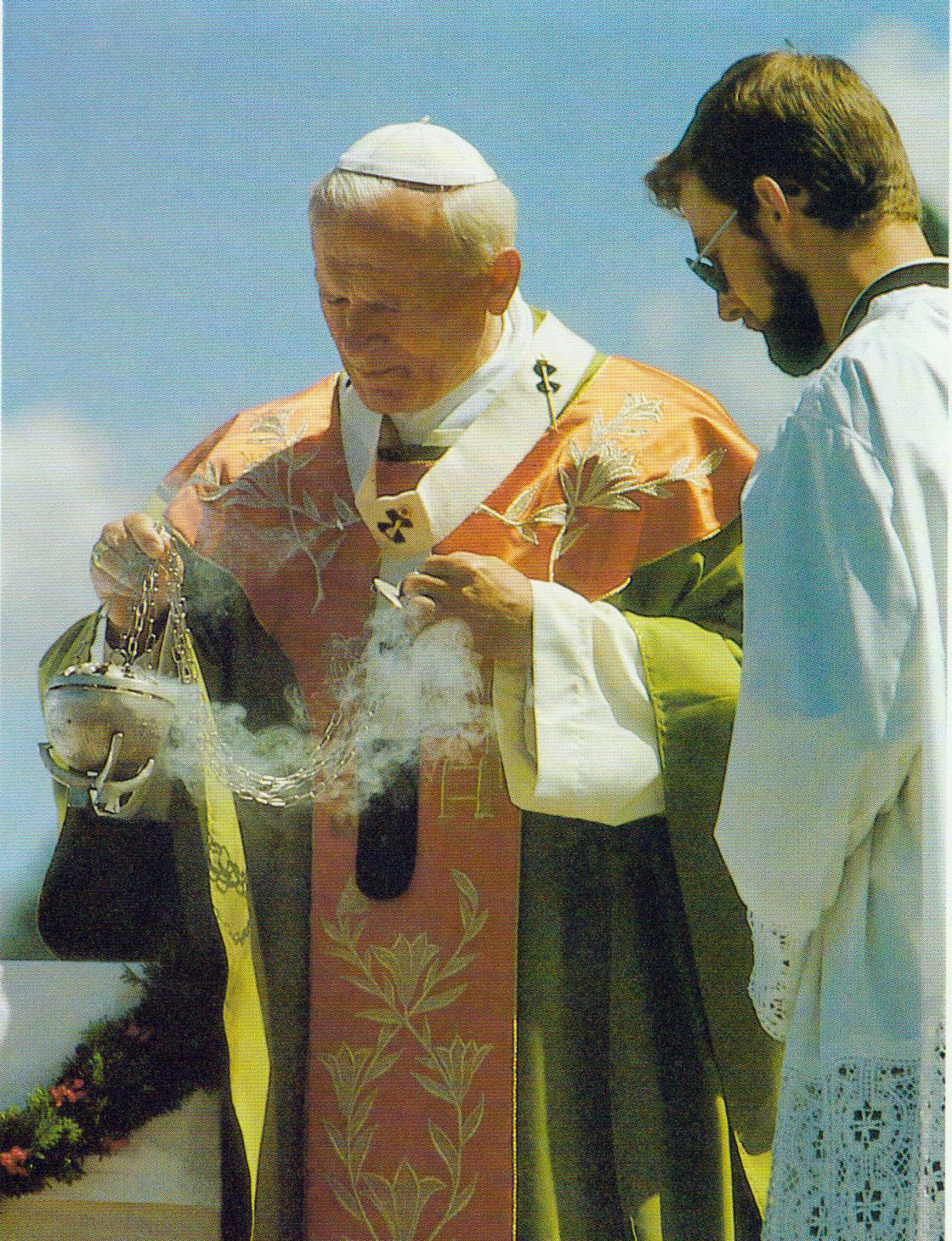 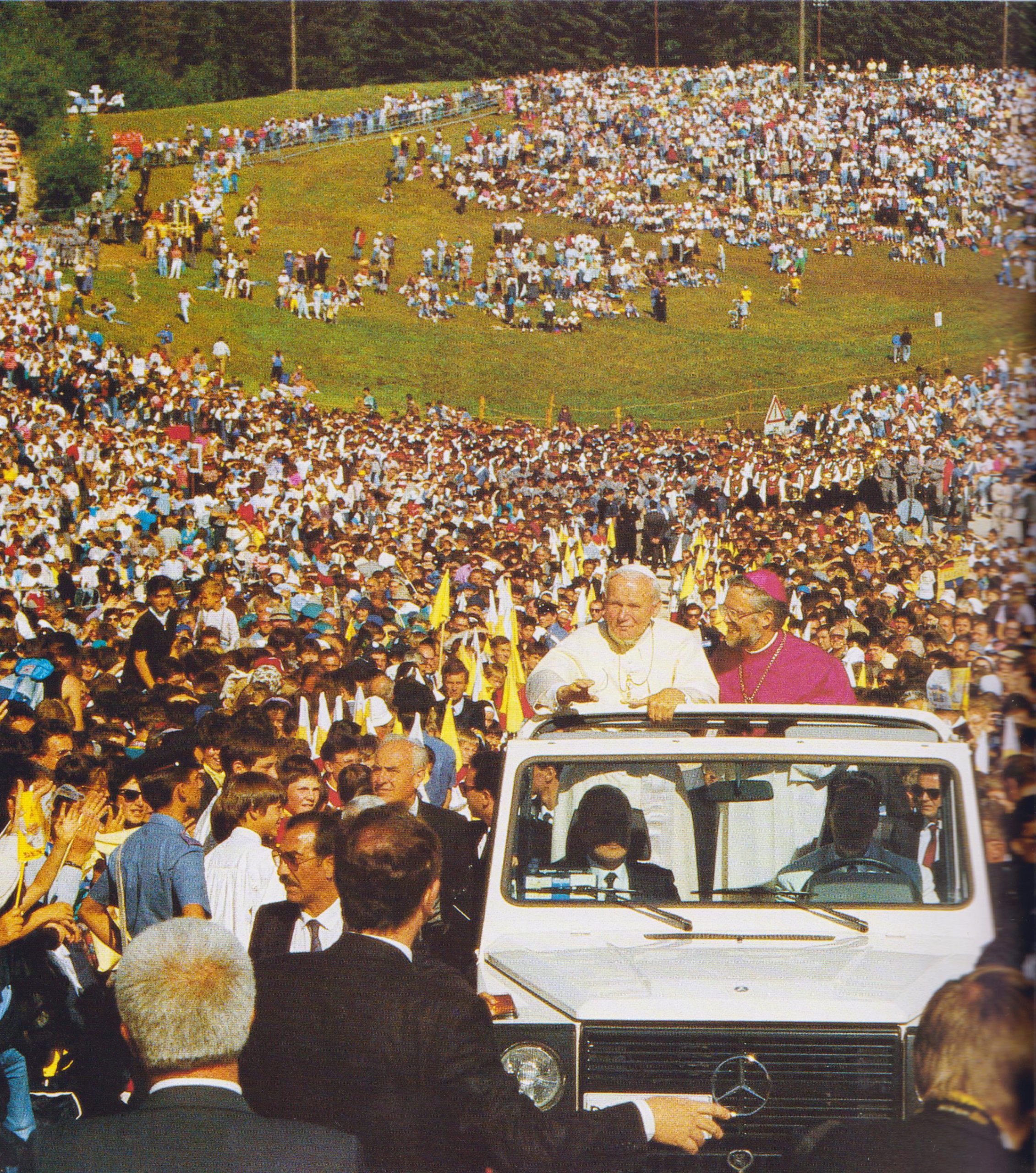 I wish everyone the continued protection of the Virgin, which is shown above all in the Christian piety of these people. I don’t want to prolong my speech. Several thoughts come to me, but I think that the piety of these people, the Marian piety centered on the Virgin, speaks so much about the Christological value of Marian devotion. It speaks to us who are experts on this path but perhaps it should speak to our other Christian brothers and sisters who do not see the link between Christological and Marian realities. “*
Before the departure, a short break to rest in a room of the Convent, now called “The Pope’s room”, with a view of the beloved Dolomites: Catinaccio, Latemar and Corno Bianco. Awaiting him, the helicopter for his return, but not before he looked out again from the central window on the third floor for a final farewell to the pilgrims, still numerous in number, waiting for him at the end of a unique day to be framed.

The Pope's visit in pictures 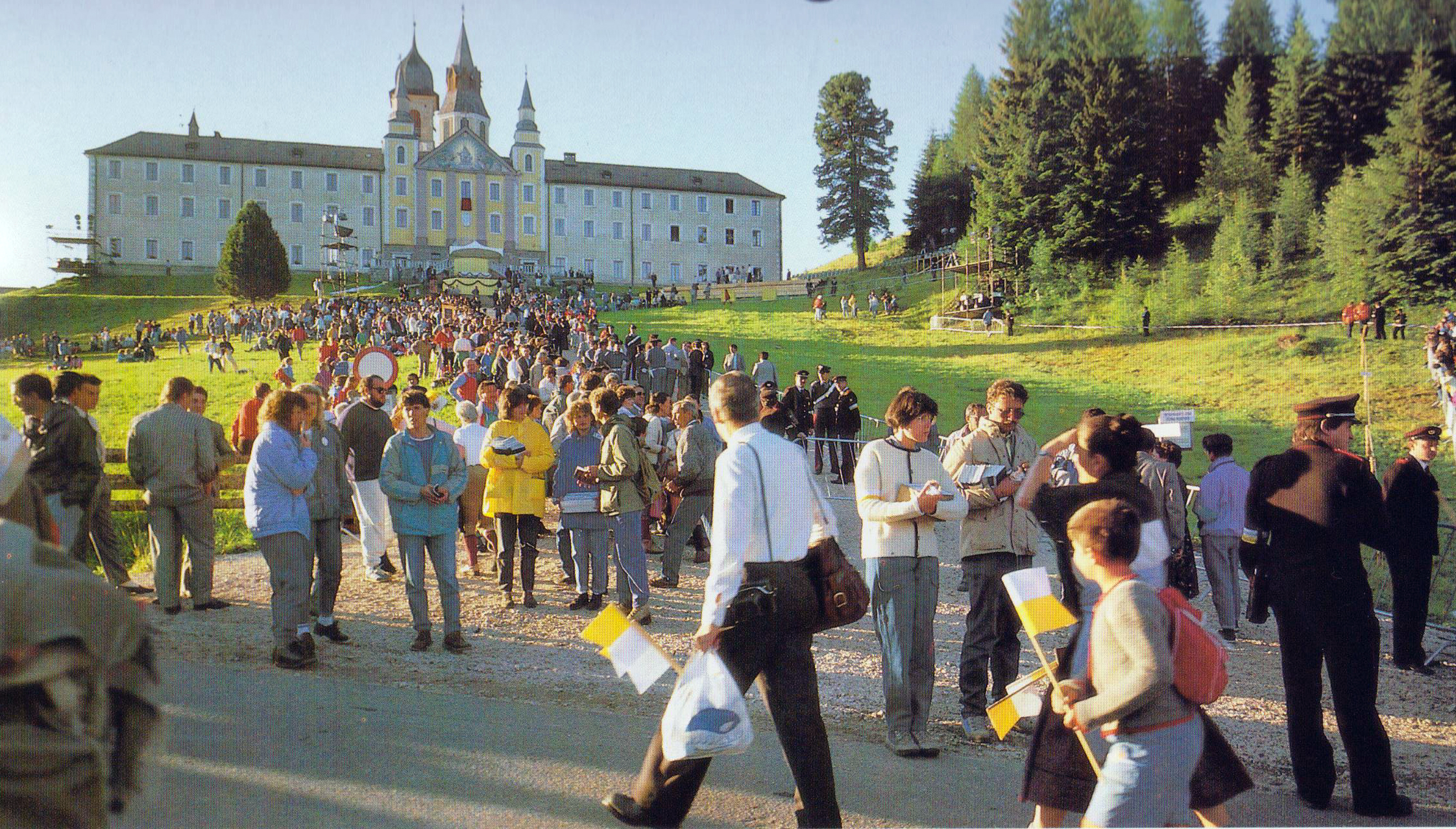 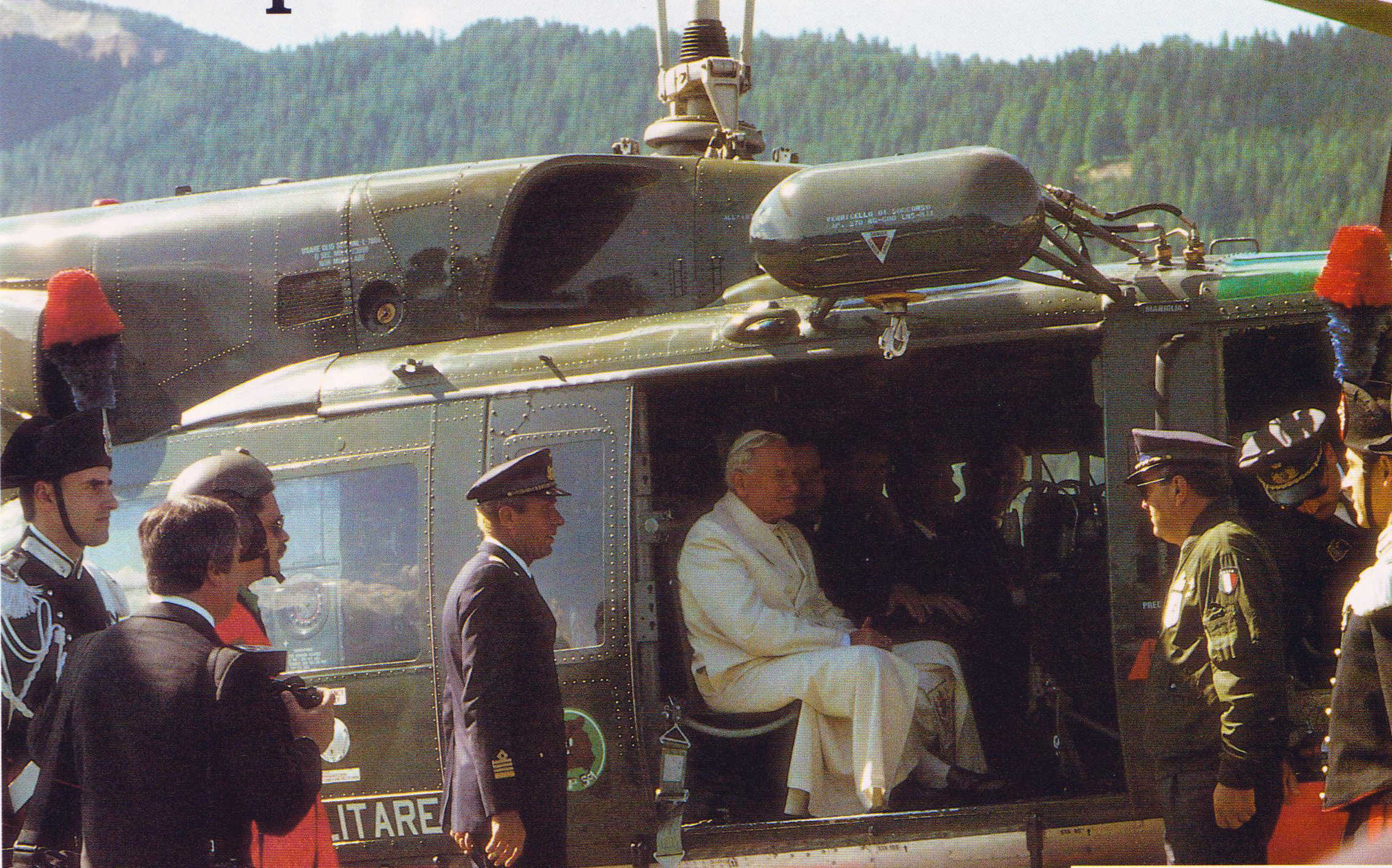 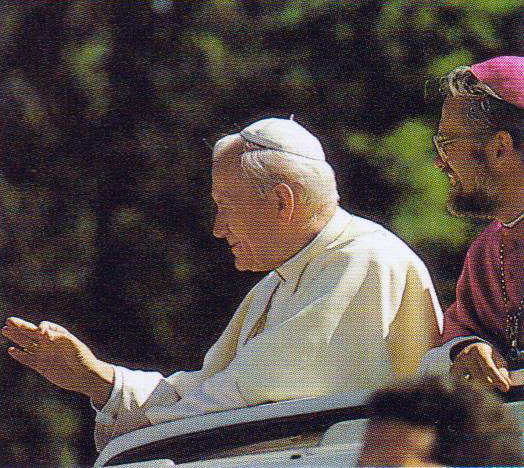 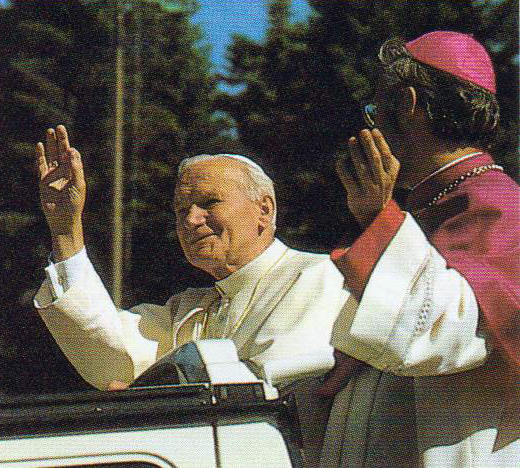 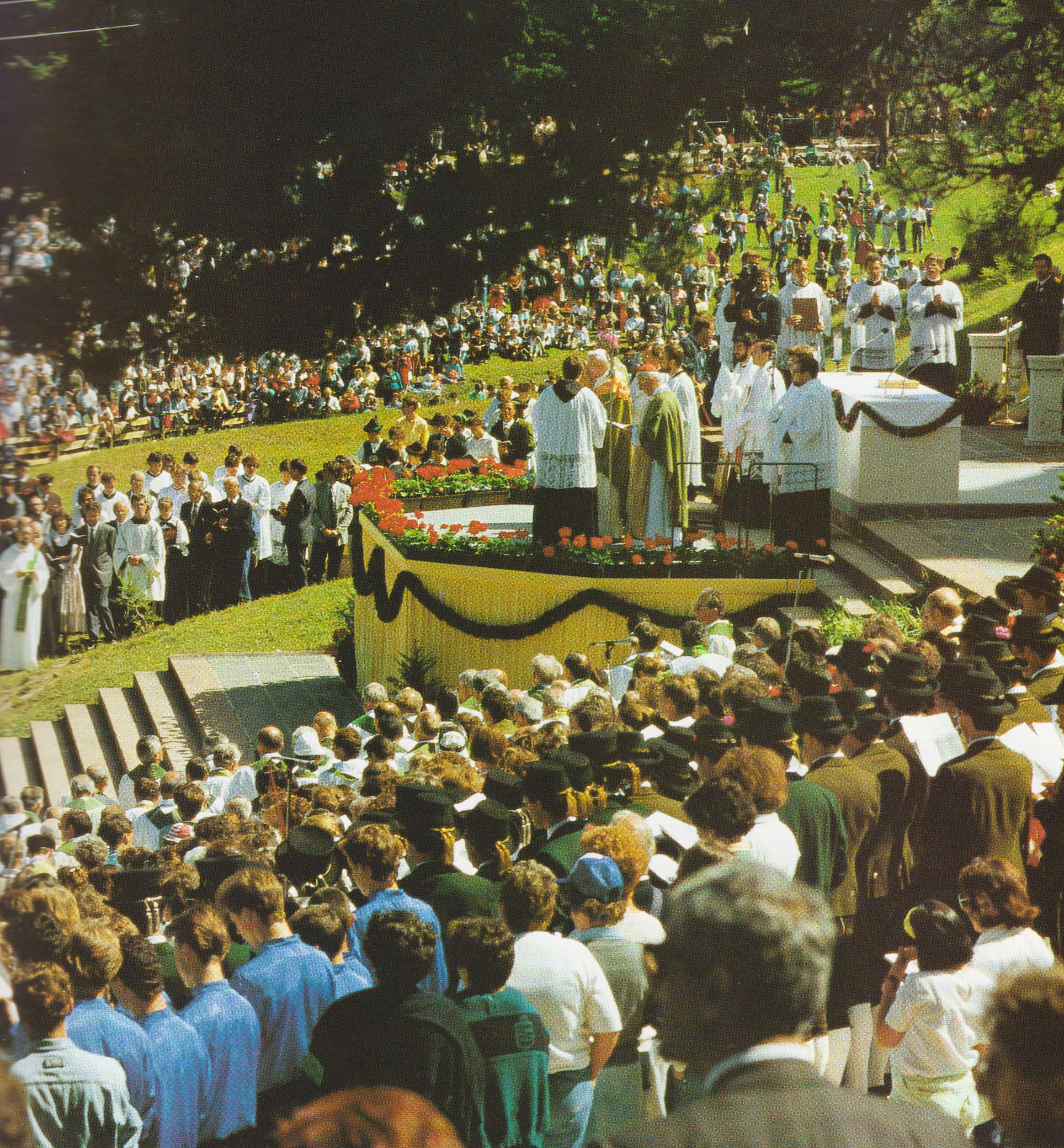 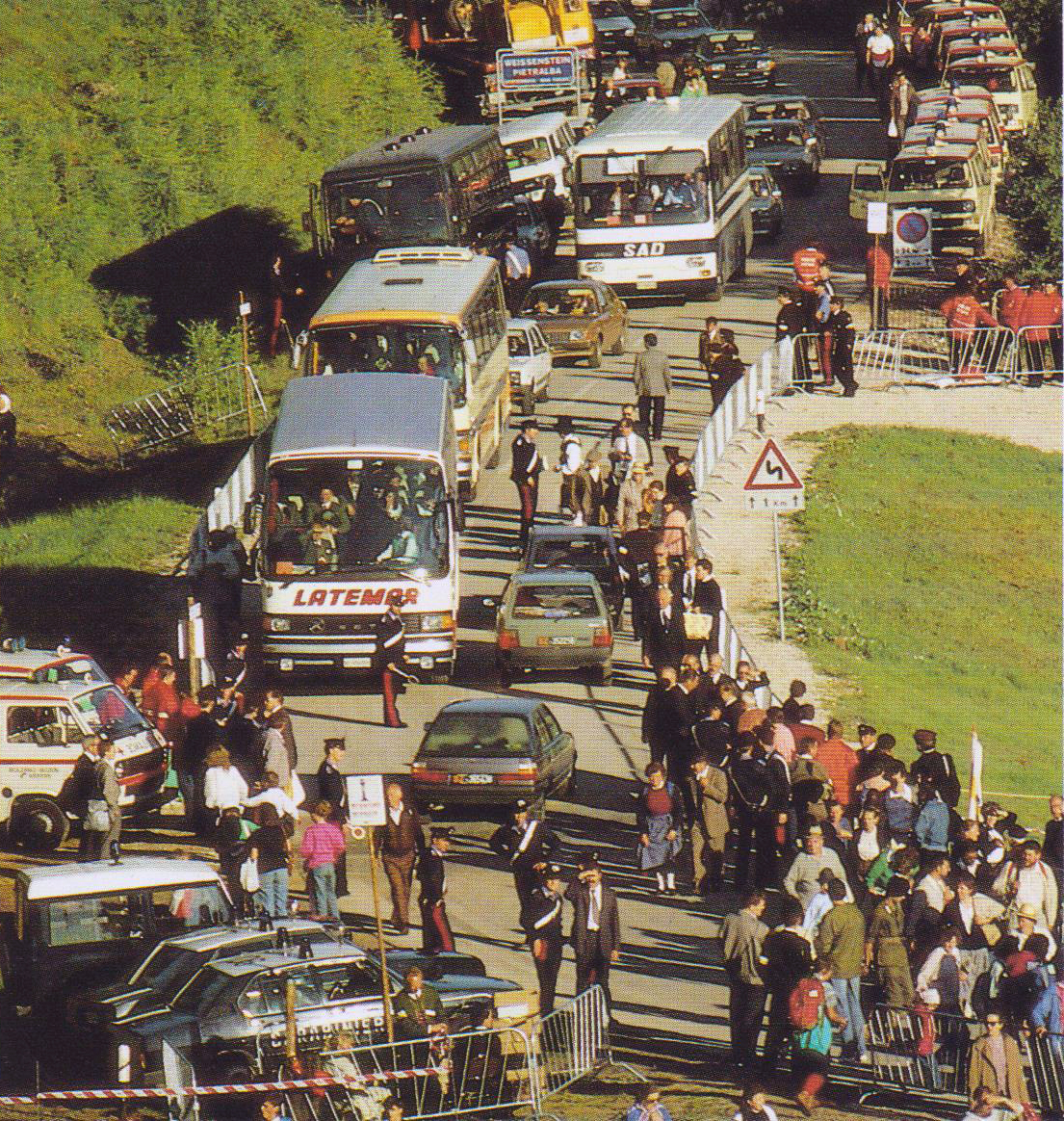 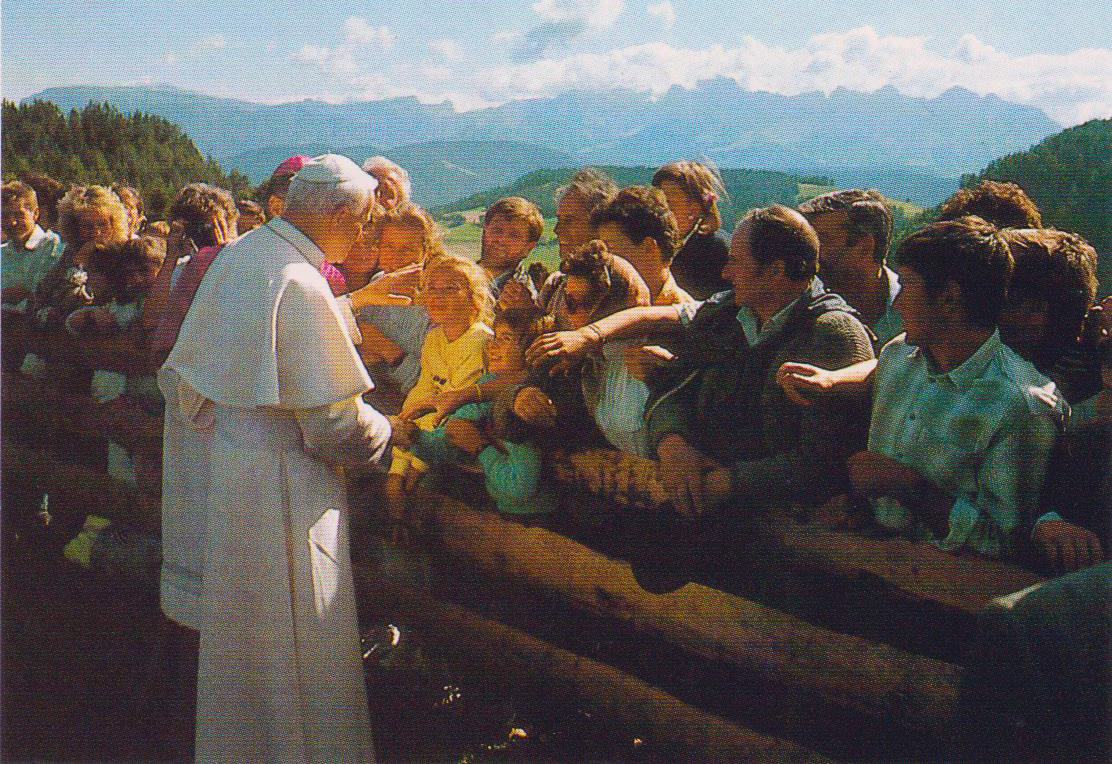 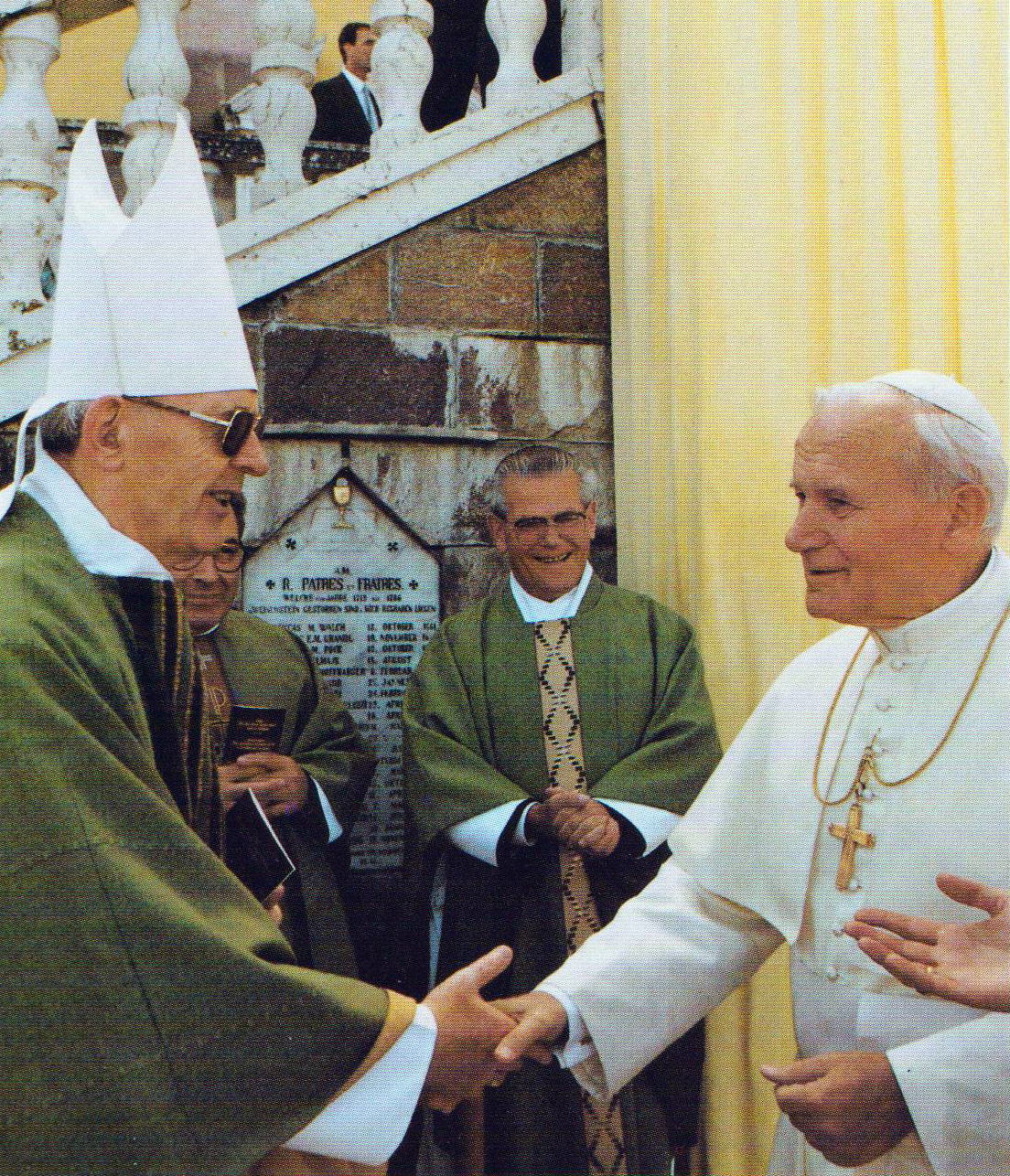 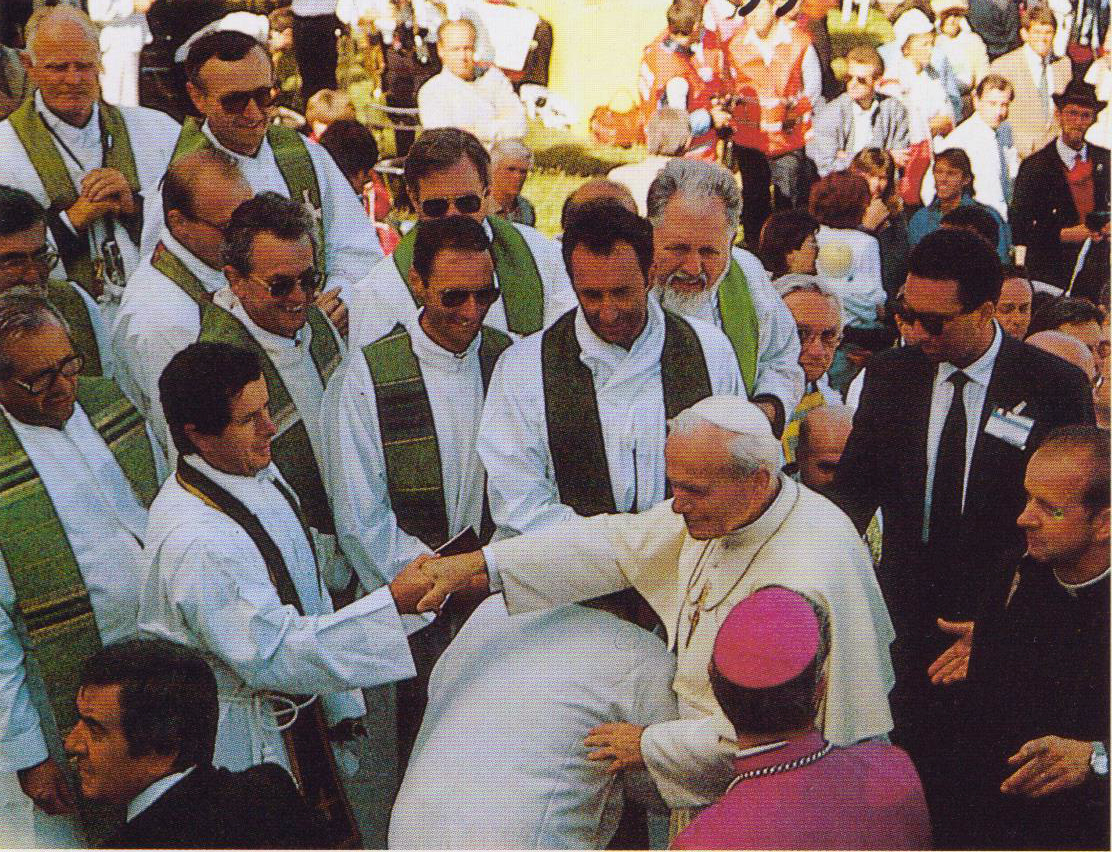 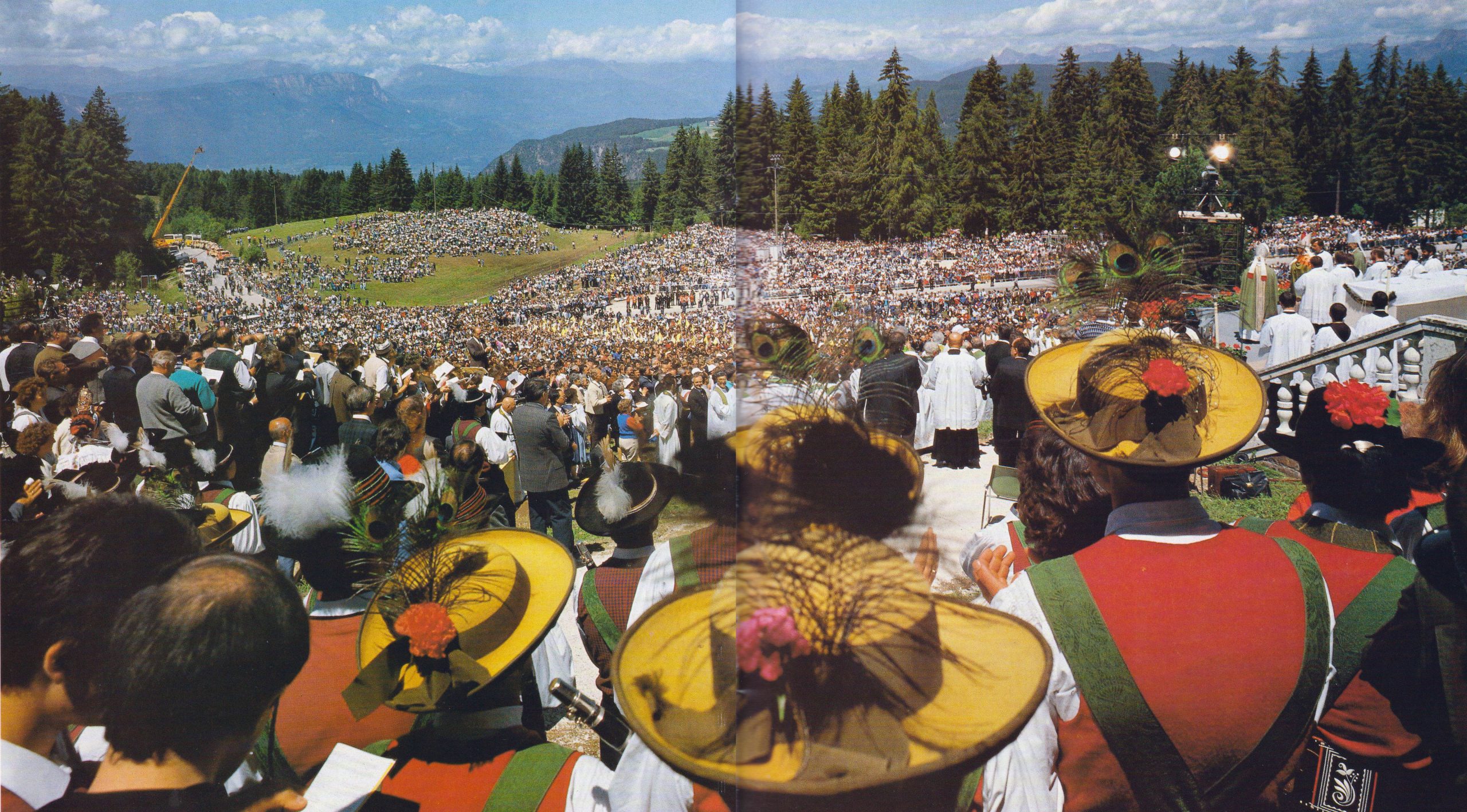 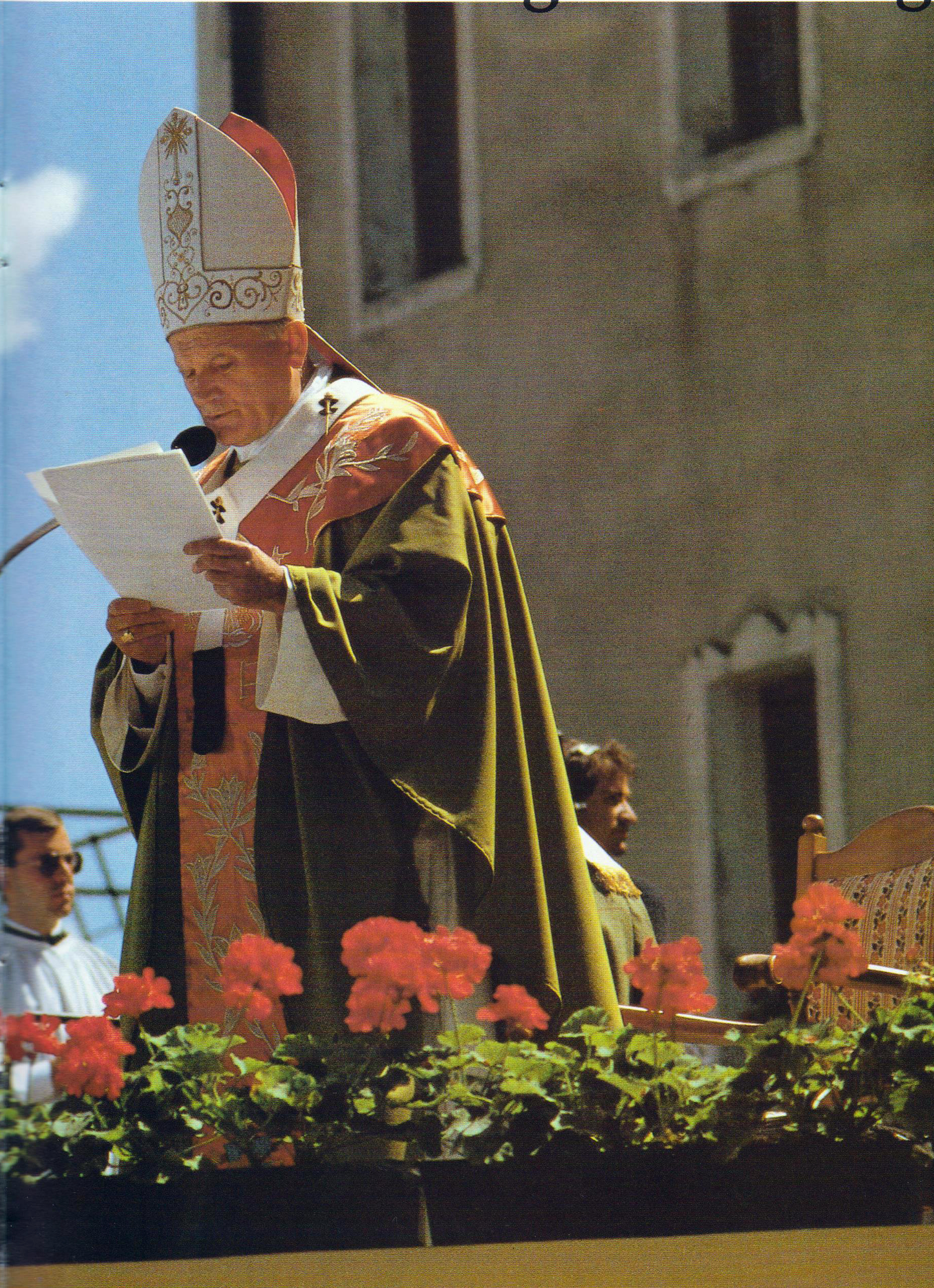 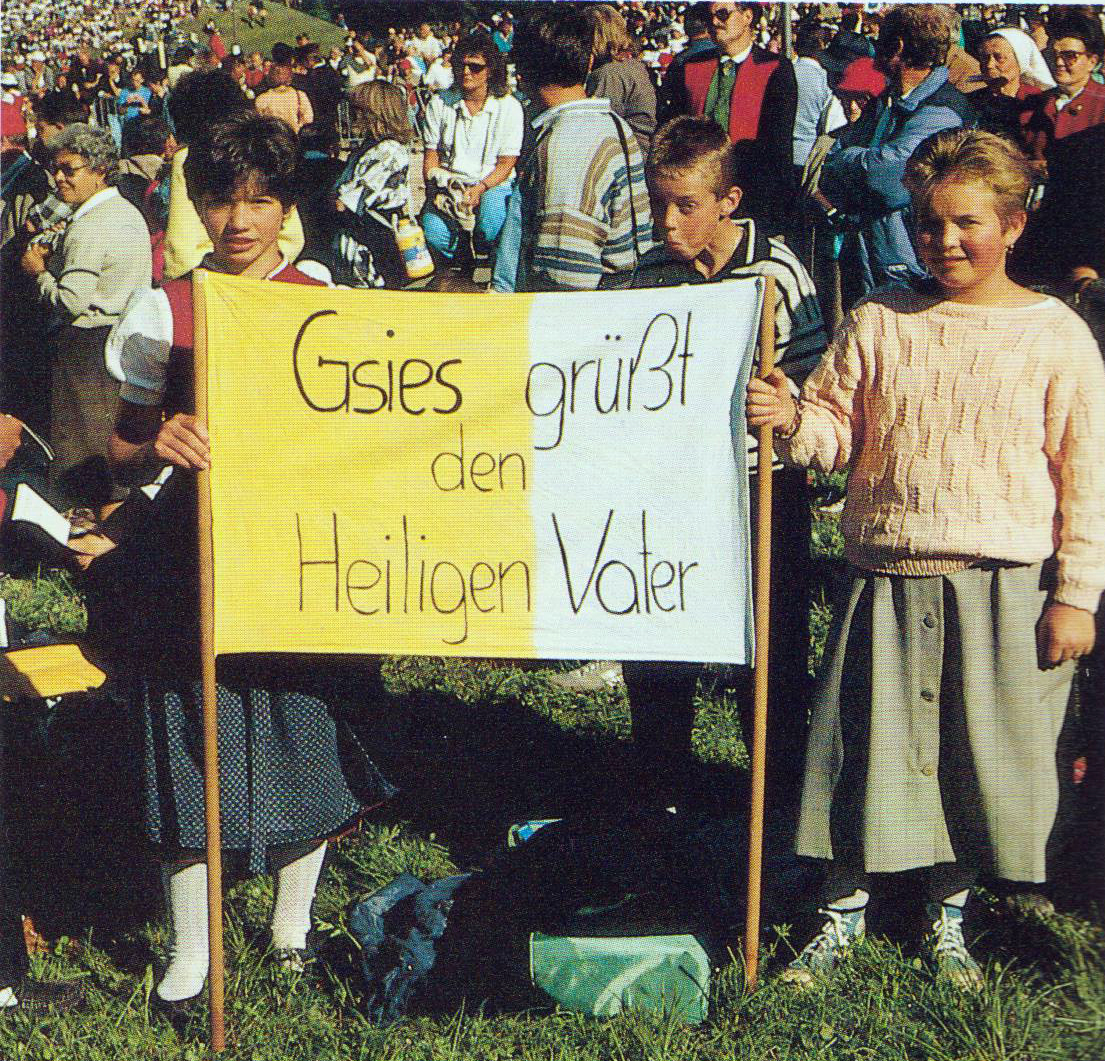 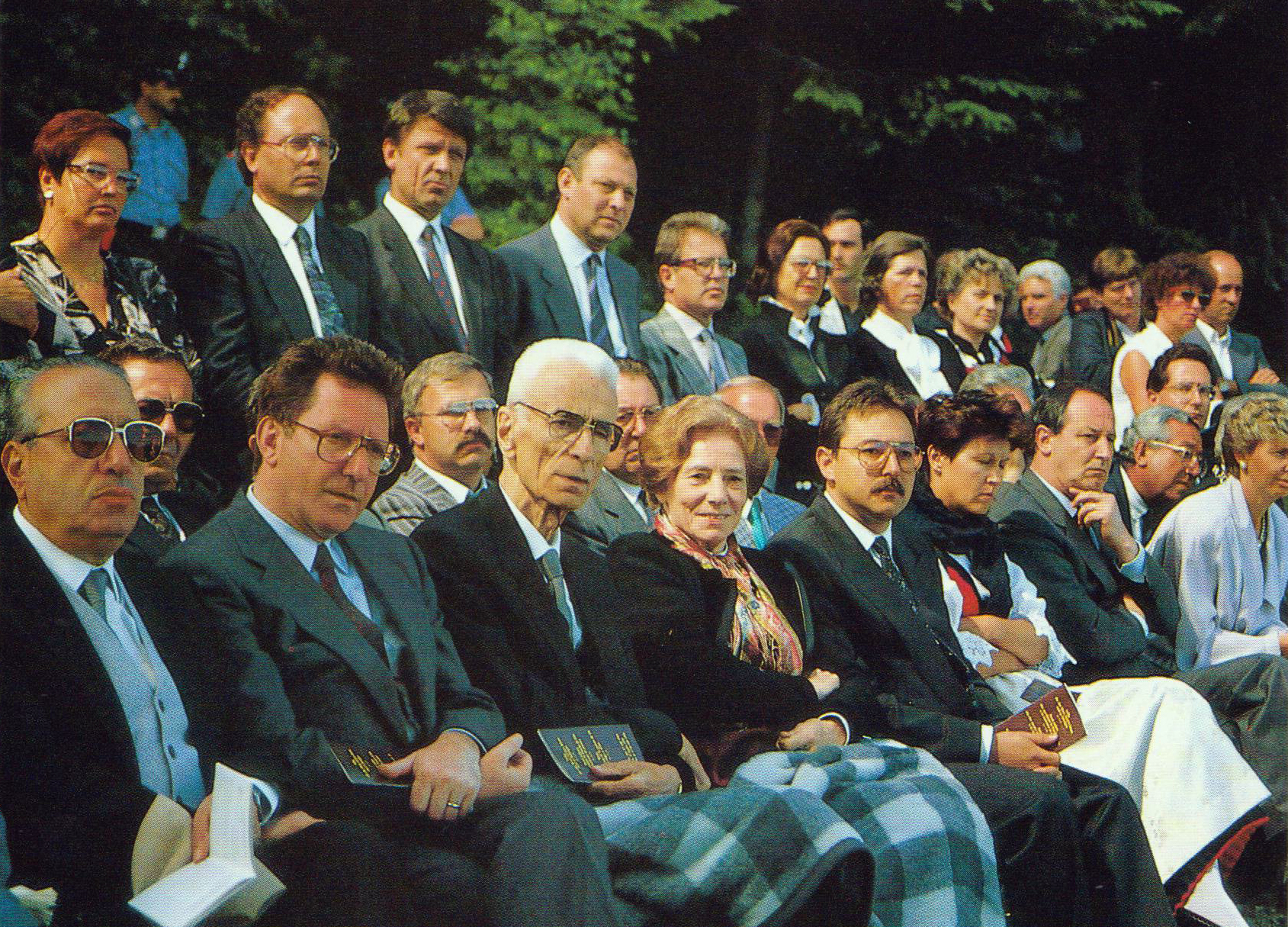 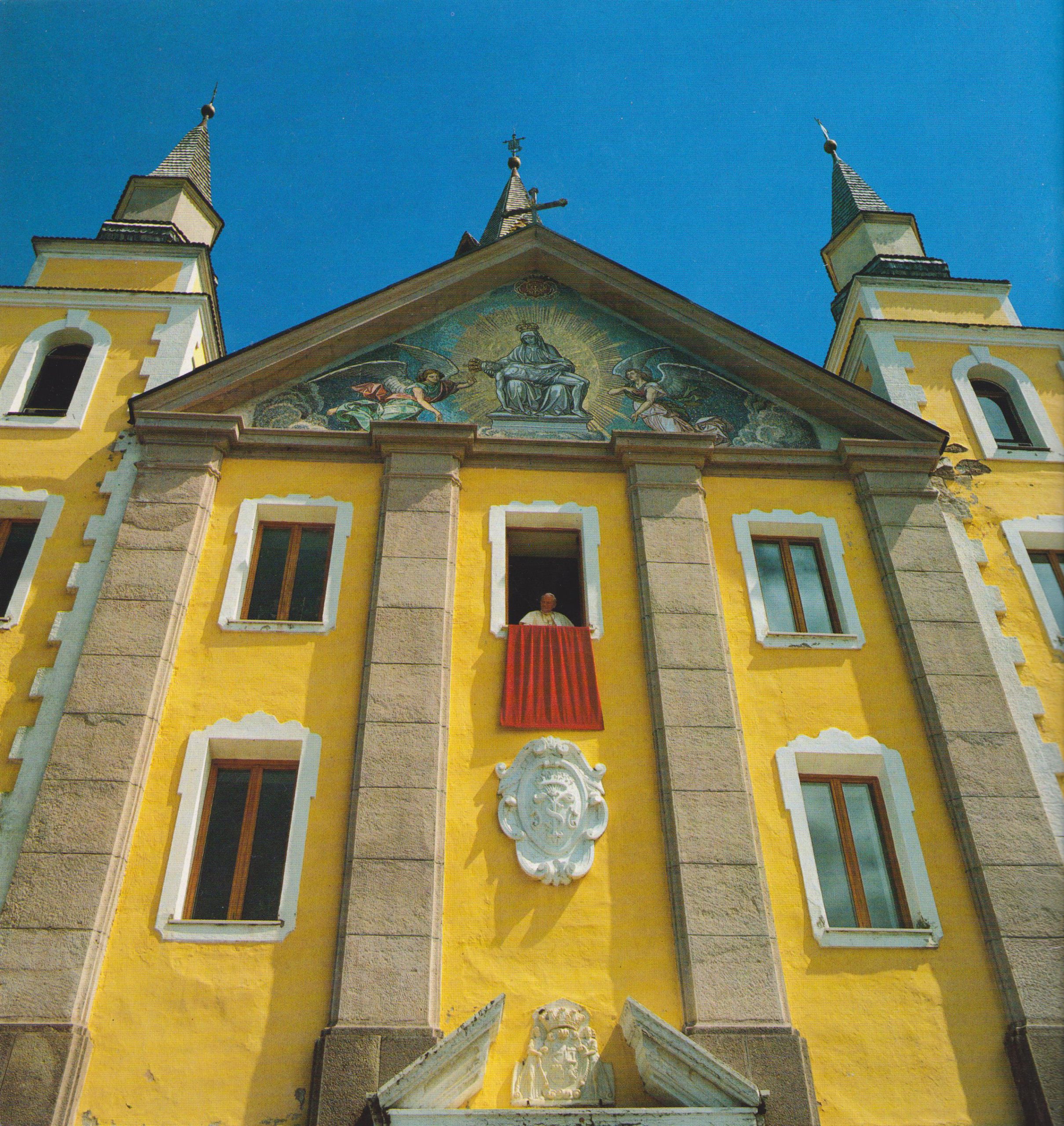 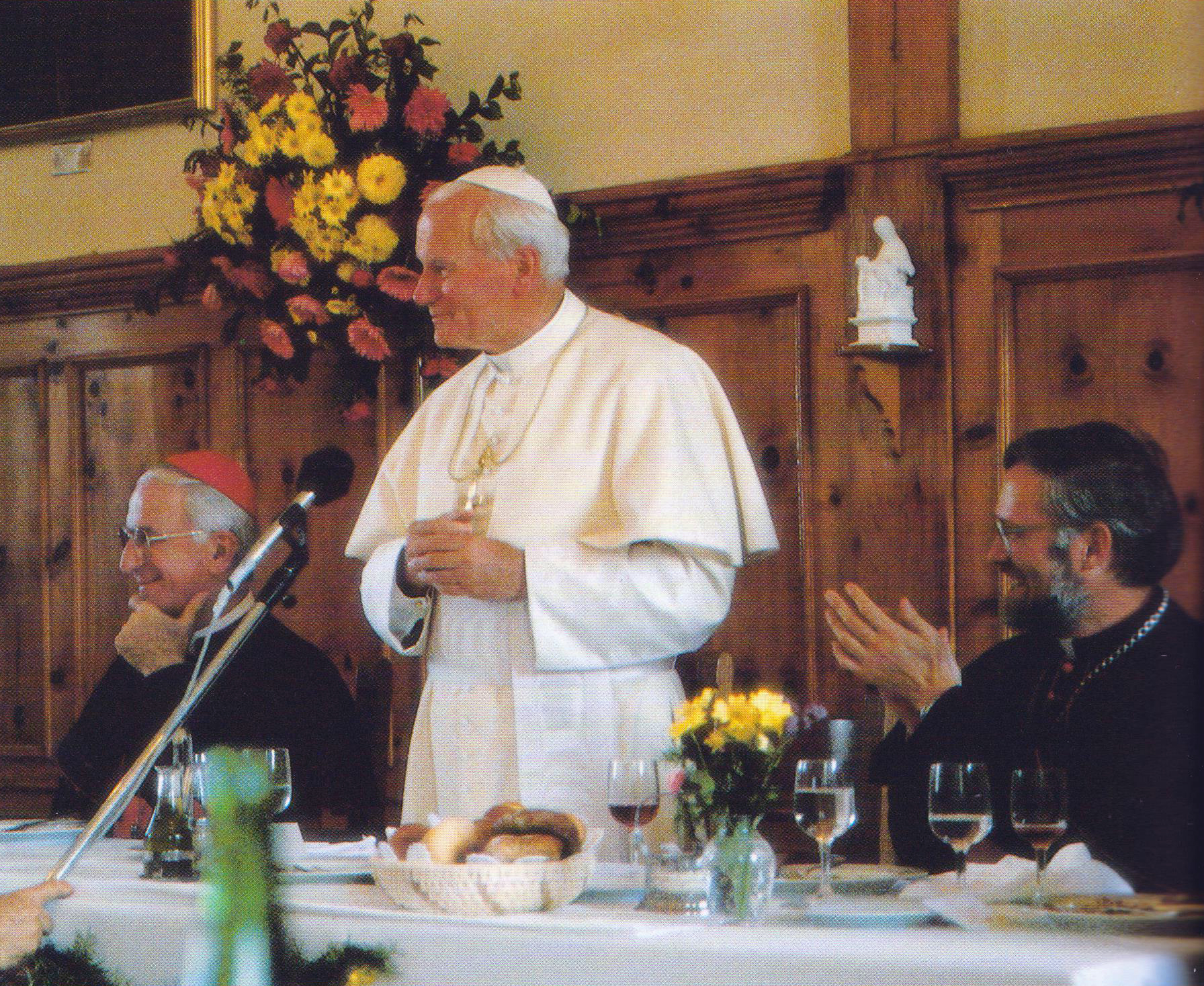 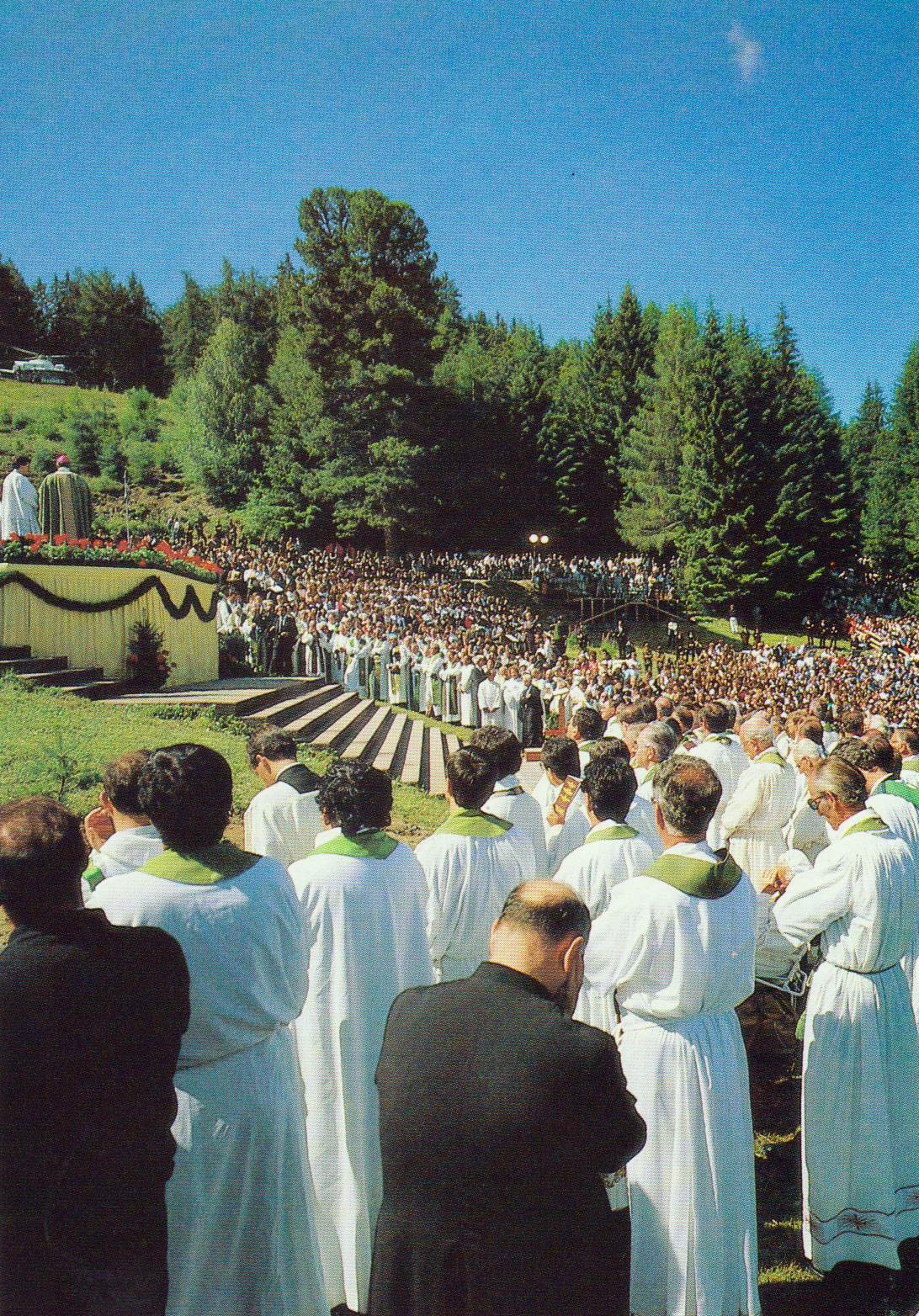 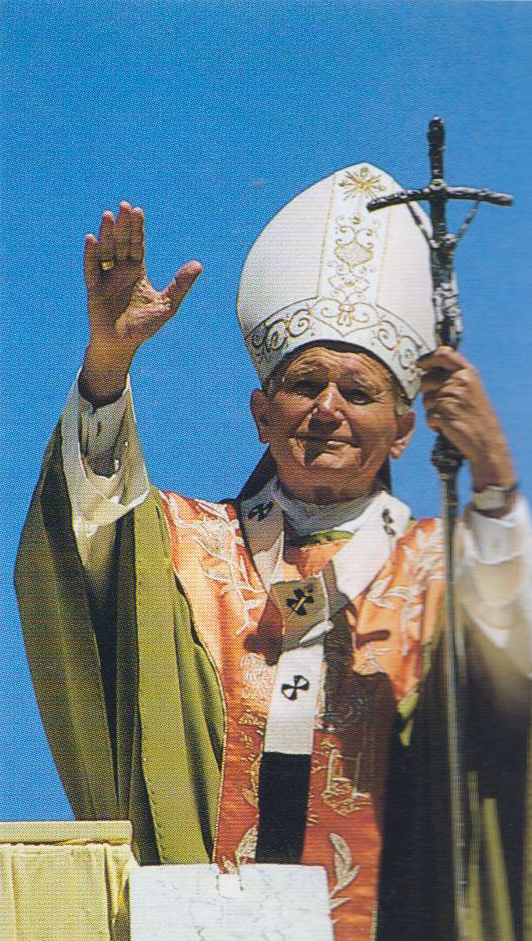