The beautiful Baroque basilica dates back to 1553 and its origins are based on an apparition of the Blessed Virgin Mary. According to oral tradition, a hermit farmer Leonhard Weissenstein fell into a cavern and was trapped there, during which time he had an apparition of the Blessed Virgin Mary.
She appeared to reassure him that he would survive without scar and be rescued after 9 days and nights without food and water, additionally instructing him to build a chapel with a bell tower. This bell was to be rung each night as a reminder, and became a focal point  where people could gather in prayer in Mary’s honour. Leonhard kept his promise after having survived the accident exactly in the manner in which the Virgin prophesied.

Whilst commencing the construction work he excavated a small statue of the Madonna in white stone depicting the Pietà and Leonhard interpreted this find as a sign from heaven. Having finished the original chapel construction he placed it inside so that she could be venerated and to this day the Pietà statue is still displayed in a prominent position above the altar in the Basilica.

Since then it has been adored by countless visiting pilgrims and the Virgin showed her mercy by multiplying her graces amongst the faithful, furthering favouring it’s popular devotion. 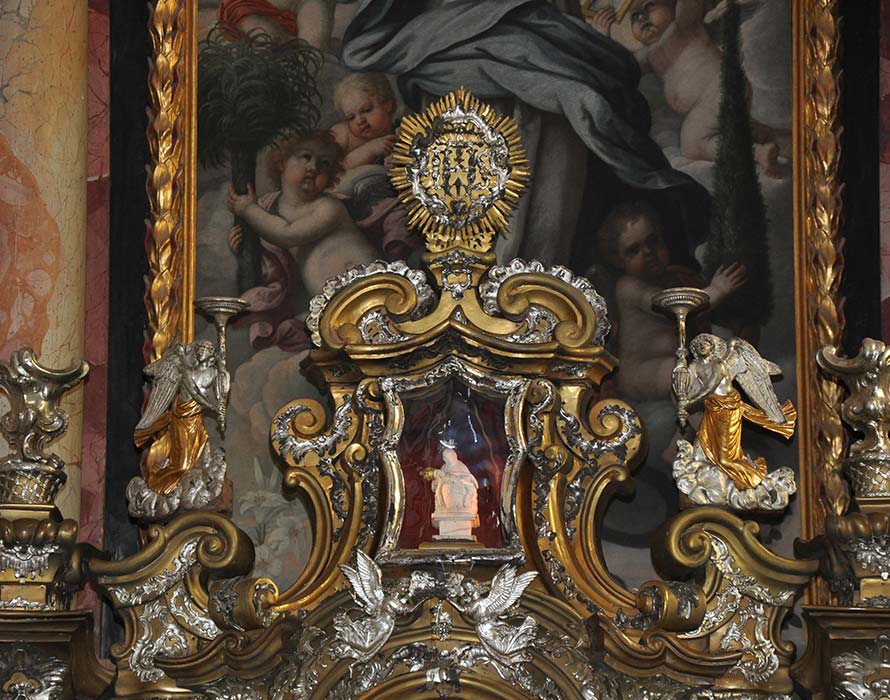 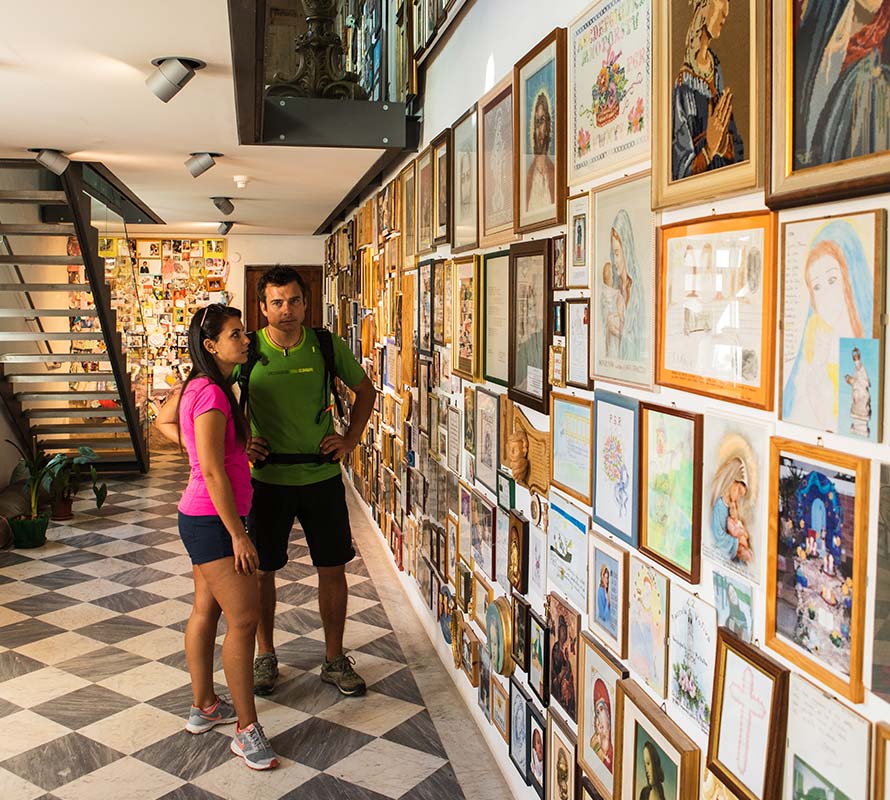 The current building has been the subject of numerous renovations, being vastly expanded from 1638 to 1954 to facilitate the numerous faithful to attend religious services. It’s consecration took place in 1673 by the Bishop of Trento Sigismondo Alfonso Thun. In 1718, the adjoining convent, divided into two wings on either side of the central chapel, was also completed and the Servite priests began their residency here.

On the right of the Sanctuary is the chapel of San Pellegrino, invoked as protector of cancer patients, which precedes the corridor of confessionals.

From the Basilica entrance via the rear square, you cross the corridor of ex-votos with over 4,000 artefacts; drawings, photographs, embroideries, paintings etc. as expressions of thanks to Mary for the graces and miracles she granted.

Visits are permitted when religious services are not in progress.
The priests are available for confessions in Italian, German and English.

From this year it is possible to book a guided tour of the Sanctuary,
a history and art jouney, every Monday and Friday from 16.00 to 17.00.

The order of the servants of Mary

The order of the Servants of Mary dates back  to the 13th century by choice of a group of seven Florentine nobles who retired to a common life of penance, poverty and prayer on Monte Senario.

The Order is the guardian of all the particularly suggestive places where the Blessed Virgin left a special memory.

These are present in Austria, in Innsbruck, Volders, Gutenstein, Maria Loggau, Waldrast and Vienna, in Veneto, in Verona, Isola Vicentina and Vicenza, and in Alto Adige, in Pietralba, called to oppose the Protestantism of Princess Anna Caterina Gonzaga Archduchess of Tyrol .

The Servite coat of arms consists of an M (= Mary), an S (= Servi) twisted around the stem of a flower with 7 lilies (7 founding saints) surrounded by a crown.
Symbolizes that Serve Mariae reign east. 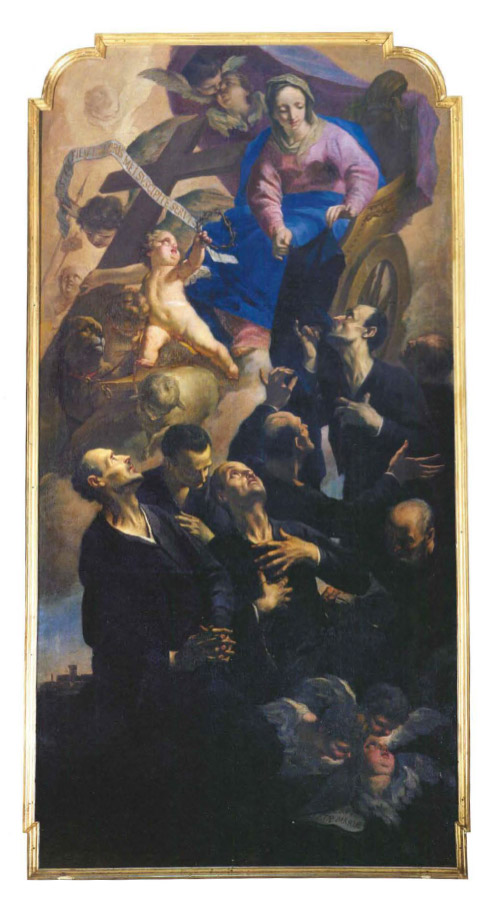